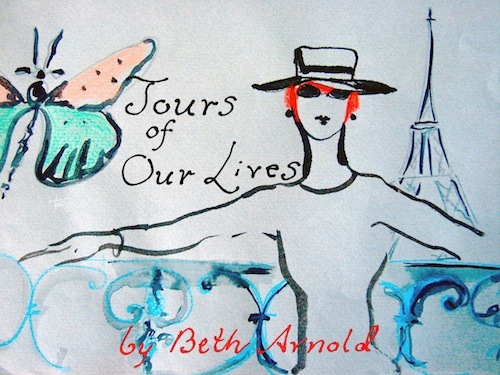 IN 2002, AFTER LIVING 13 years and raising two daughters in their Craftsman bungalow in Little Rock, Arkansas, journalist, essayist, and novelist Beth Arnold and her husband, author James Morgan, knew it was time for a change.

Morgan had been stumped for a new book idea, and Arnold, who was not only his partner but also his muse, saw the chance to pull out a dream of hers: to live in France. Arnold’s late brother, New York decorator Brent Arnold—whom David Halberstam had called “the talent of his generation”—had given the couple vivid decorating advice: “Matisse colors and Vuillard patterns.” And the beauty and value of Matisse’s art and artistic vision had stuck.

So Arnold suggested a facet of artistic life--in this case, Matisse’s life—for Morgan: Most people only look, but they don't see in the deepest sense of the word. Her idea for him was a book in which they would follow in the footsteps of Henri Matisse. The book became Chasing Matisse, and soon the two of them had sold their beloved house in Little Rock and embarked on a life-changing journey through France, Corsica, Morocco, and beyond.

Jours of Our Lives began life as Beth Arnold’s daily blog recounting the soap-opera arc of their crazy, heart-wrenching road trip in pursuit of a creative dream. It stands today as a vivid depiction of one couple’s brave and unwavering commitment to a life that called them.

"Beth Arnold," writes William Whitworth, editor emeritus of The Atlantic, "is a reporter, a novelist, a memoirist, a cook, and a mom, but perhaps most of all she is a wanderer and a gifted travel writer. With wit and offhand ease, Arnold shows us her world: how to get there, where to stay, what it looks like, how it sounds, and what it tastes like." 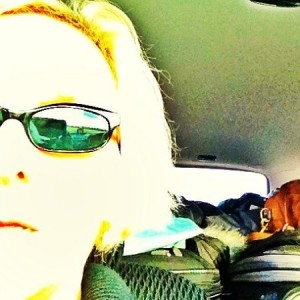 A JOURNALIST AND award-winning writer who made her home in France for a decade, Beth Arnold has written for such print venues as Rolling Stone, GQ, InStyle, Self, American Way, Premiere, and GQ. Online, she has been a regular blogger for The Huffington Post and for www.betharnold.com (where she published her acclaimed “Letter From Paris”-branded column and podcasts). She has also written for Salon.com, Vogue.com, and Marco Polo Quarterly, among others. Her prime journalistic topics are culture, travel, politics, and the intersection of art, design, and technology.